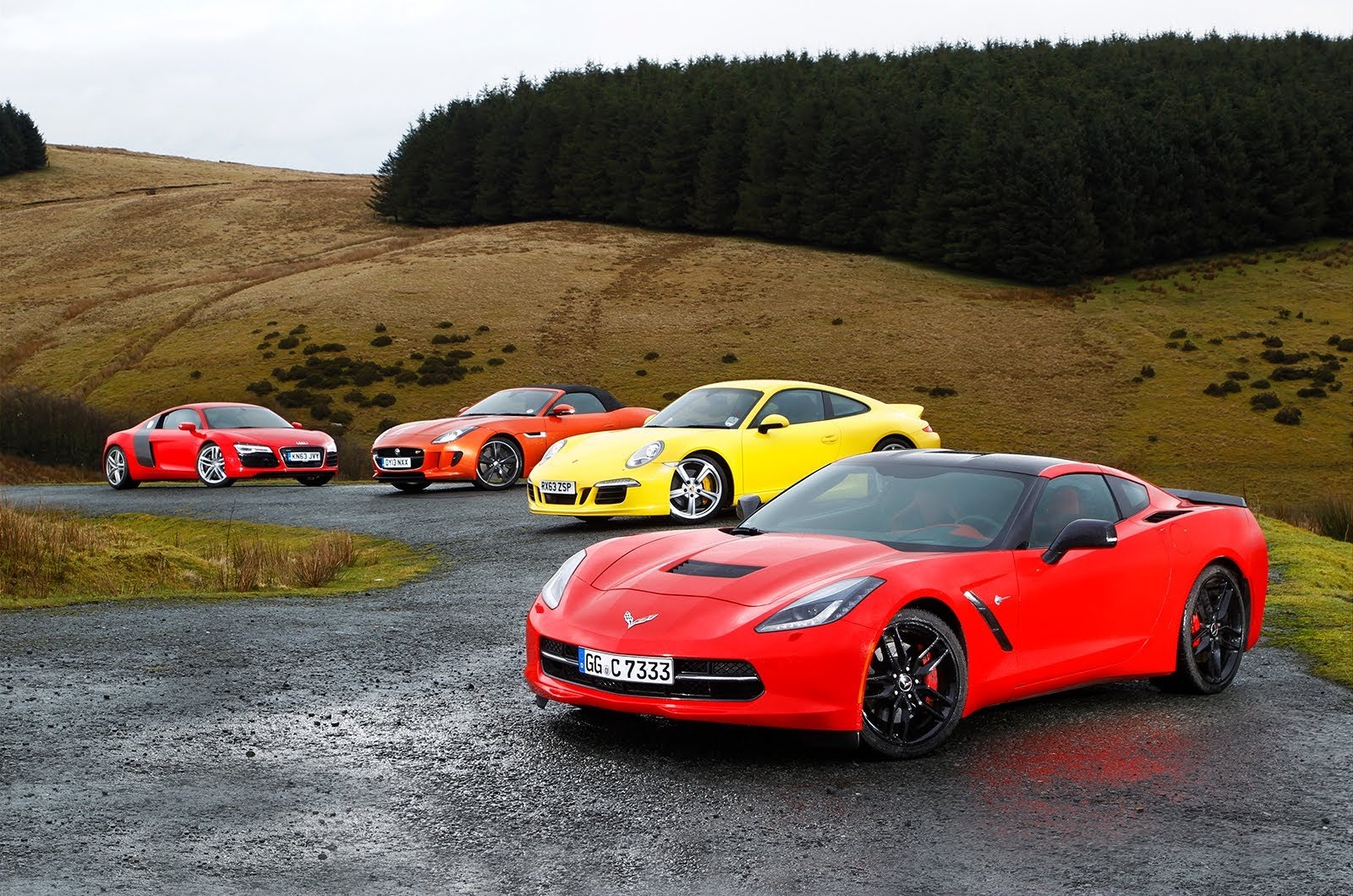 Watch the Corvette go toe-to-toe against its European rivals!

It’s no secret – we think the C7 is one the best Corvette’s ever made!
And we’re not alone!

Even journalists from Europe, famously scornful of American vehicles, are being blown away by the Vette’s combination of price and power.

One such magazine, Britan’s Autocar, recently took a Porsche 911, Audi R8, and Jaguar F-Type and threw them all at the new C7. How did it do? Let’s just say it’s history in the making…