Next Generation Volt to Debut at 2015 NAIAS 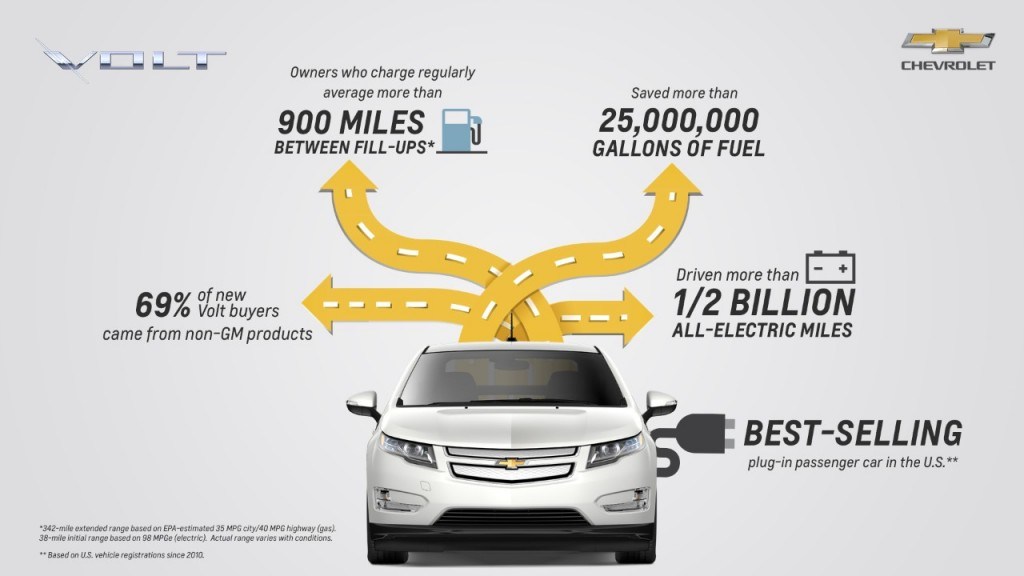 To date, Chevrolet Volt owners have recorded over 804,672,000 on electric power alone!

General Motors officially announced today that it will debut the next generation of the now-legendary Chevrolet Volt at the 2015 North-American International Autoshow, announced Global Chevrolet Chief Marketing Officer Tim Mahoney.

While details remain scarce at this point, GM says the next generation vehicle will build on the “strong foundation” laid-down by its predecessor. Best of all, with sales sales up 13% in July and with more than 65,000 Volts on the road, customers are still enamoured with Chevrolet’s electric vehicle. In fact, it is the best-selling plug-in passenger car in the U.S.

“Volt is the perfect example of the ingenuity that drives everything we do at Chevrolet,” said Mahoney, “Volt fully delivers on the promises of Find New Roads and will continue to provide consumers with the transportation solutions they need and deserve in the future.”

Volt owners typically drive about 1,561 kilometre’s between fill-ups and visit a gas station about once a month.

Among its accolades, the 2014 Volt has been recognized for its safety, most recently receiving the Insurance Institute for Highway Safety 2014 Top Safety Pick+ designation for vehicles equipped with an available Forward Collision Alert system.

For more detailed information on the Chevrolet Volt click here
.