Is the Corvette Museums’ sinkhole a piece of history…or just a hole? 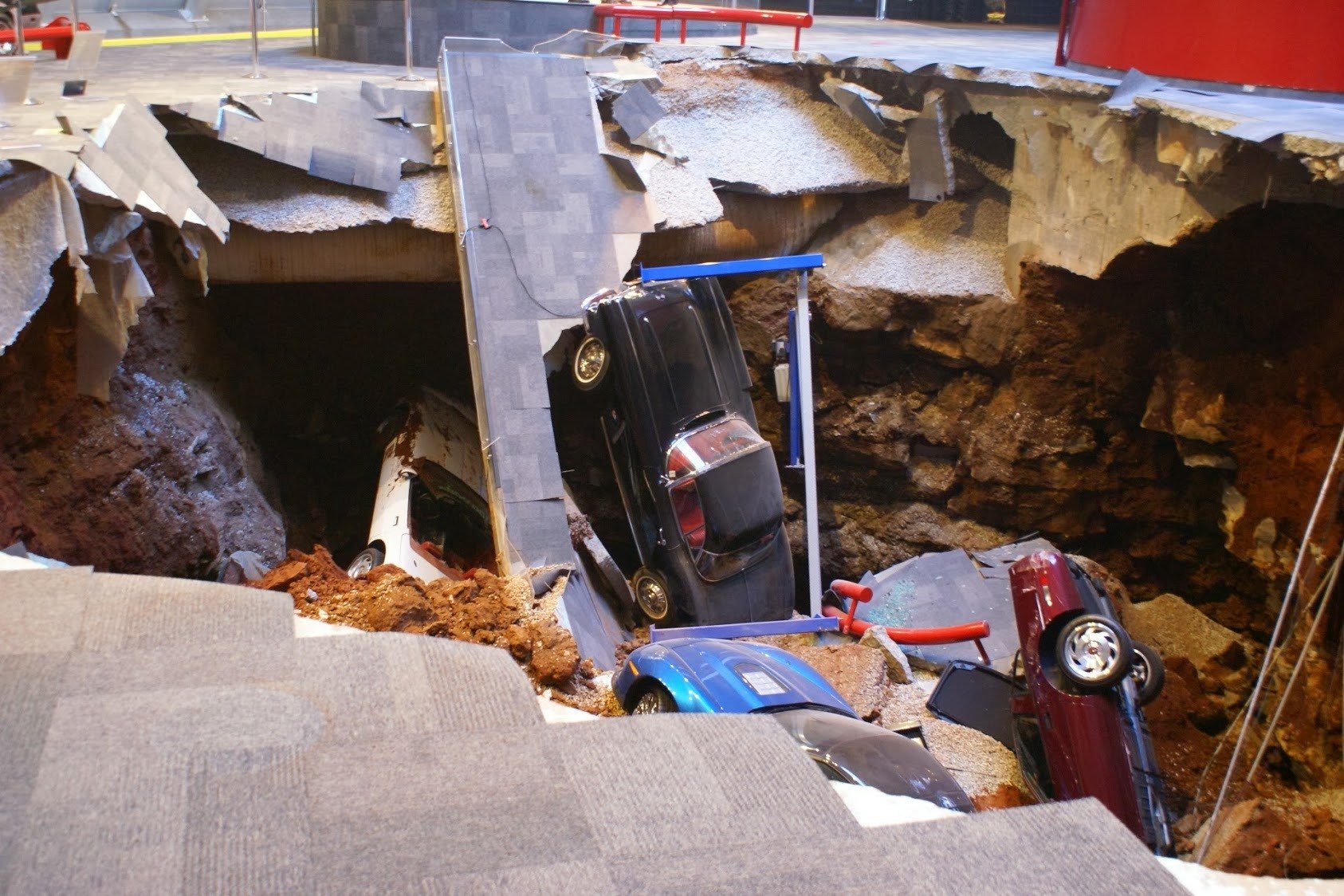 The sinkhole that erupted in the National Corvette Museum on February 12, 2014 caused damage to eight ‘Vettes.

That’s the questions the folks at the National Corvette Museum must answer in the coming months.

Since the eight sinkhole-damaged Corvettes have been removed and put on display, the museum has seen an incredible upswing in visitors. In fact, museum attendance was up 50% in March!

Now it’s time to decided if the sinkhole will stay intact as a permanent part of the museums’ history or if it will be filled. While most of the eight vehicles appear to be repairable, certain vehicles like the Mallet Hammer are probably beyond repair and will most likely be displayed in their damaged state. 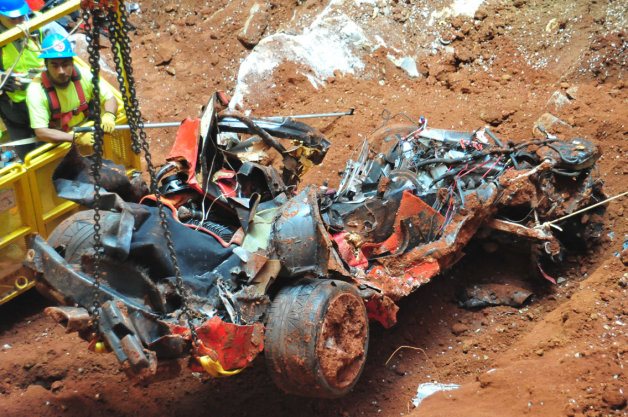 Although the vehicle did not have quite as significant a place in history as the others – it is a tuned C5 Corvette – it is still a valuable piece of ‘Vette history.

Even if the Museum decides to keep the sinkhole intact, it is still unclear how it would be preserved. Some suggest building a staircase to allow patrons to walk down into the sinkhole, while others theorize that a glass-floor over the hole might also be a possibility.

“We’re talking to the construction company and engineers just to see the possibilities.” said Katie Frassinelli from the National Corvette Museum to CNN. 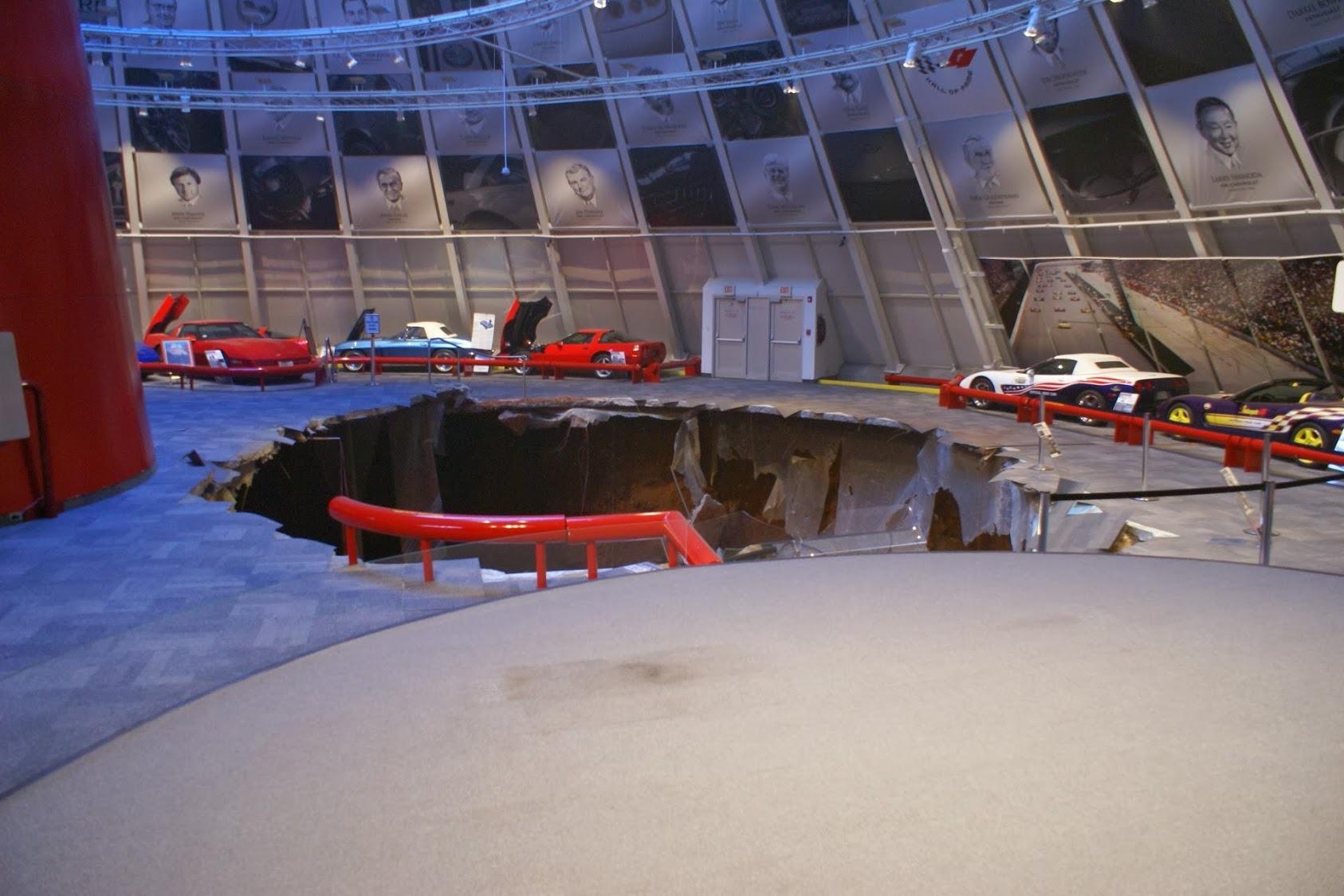 The sinkhole itself remains untouched inside the Corvette Museum