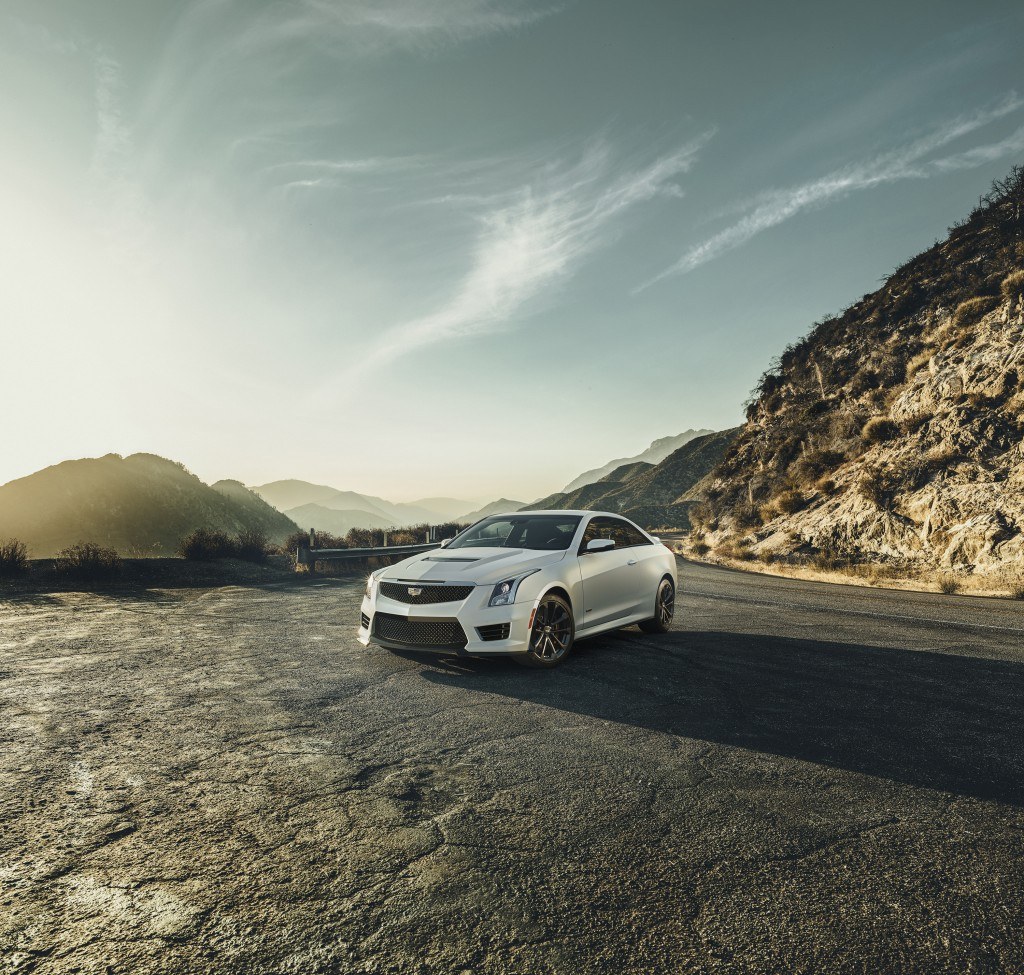 We’ve teased you with prototypes
, we’ve shown you the spyshots
, but today Cadillac has officially unveiled its all new luxury weapon: The 2016 Cadillac ATS-V.

Arriving next spring, the new V-series Cadillac will be one of the fastest vehicles ever produced by the brand in its 112-year history.

What is it?
The ATS-V, available both as a coupe and a sedan, elevates the performance of the award-winning ATS lineup and marks the start of the next generation of Cadillac high-performance V-series brand. The result is a dual-purpose vehicle: a racetrack-capable Cadillac that is also steeped in luxurious sophistication.

What’s under the hood?
Powered by a twin-turbocharged 3.6L V6 producing 455hp and 455lb-ft of torque (even more than we previously thought), ATS-V will be the very first ever twin-turbocharged V-series Cadillac. That’s enough to propel the V to 60mph in a barely believable 3.9 seconds and on to a 185mph top speed– with those kinds of numbers ATS-V will be one of the fastest vehicles in its class.

ATS-V has been throughly redesigned both inside and outside in order to provide maximum performance and comfort.

What sort of transmission?
Just like the new Corvette Z06
, ATS-V will provide customers with a choice of transmission: either a six-speed manual–with Active Rev Match, no-lift shifting and launch control– or an eight-speed automatic transmission with paddle-shifters, launch control and a Performance Algorithm Shift. 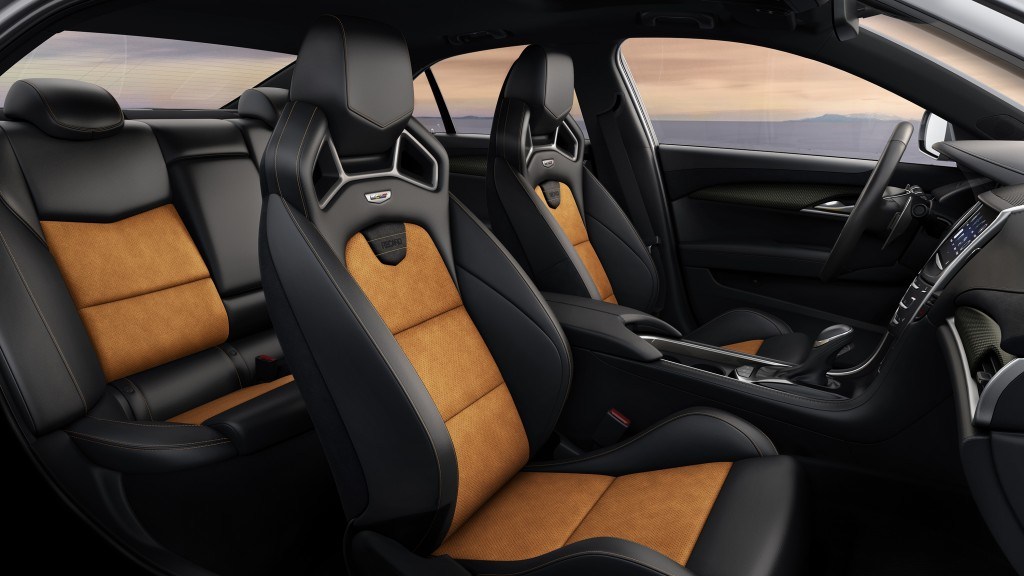 What else is new?
Make no mistake, ATS-V is FAR more than just an ATS with a bigger engine: Cadillac also redesigned and reengineered chassis, suspension, and drivetrain systems in order to make ATS-V one of the lightest, fastest and most luxurious cars in its class. Those include:

– Brembo high performance brakes designed to provide durable, consistent, fade-free stopping power both on track and on the street.

– Third- generation Magnetic Ride Control, with 40 per cent faster damping response. MRC “reads” the road a thousand times per second, sending data to magneto-rheological fluid-filled dampers that can independently control the damping characteristics of all four dampers– the ultimate combination of comfort and performance.

– a revised interior with sports seats and driver-focused ergonomics with key features for performance driving.

– Just like the 2015 Stringray, CTS-V also includes an on-board Performance Data Recorder, which allows drivers to record high-definition video, with data overlays, of their driving experiences on and off the track, enabling sharing on social media. Find out more about PDR here.

What’s new on the outside?
ATS-V includes a wide variety of unique, functional exterior elements designed to increase performance, downforce and cooling:

-A lightweight carbon-fiber hood featuring an air-extracting vent pulls hot air out of the engine compartment and helps reduce lift at speed by channeling air out and over the top of car.

– Unique front and rear designs provide optimal performance, with larger front grill openings designed to feed more air to the new twin-turbocharged engine. Even the mesh pattern of the signature grille openings is enlarged to allow more air into the radiator.

– A front splitter enhances handling by forcing air to push down on the front of the car rather than flow under it, where it can cause lift

– The aluminum wheels, unique to the V-Series, are constructed of a low-mass forging that helps reduce un-sprung weight for greater agility and a more direct feel to steering input.

The new V-model will hit Canadian showrooms sometime next spring.