George Talley owned his 1979 Chevrolet Corvette
for a mere two years before it was stolen forever. Or so he thought.

Last year, Talley, a resident of Detroit, Michigan, received a call phone that would change his life– his long-lost Corvette had been found in Mississippi.

A life-long General Motors enthusiast, Talley was keen to share his story with the company and soon wrote a letter to GM’s Mark Reuss, Executive Vice President, Global Product Development, Purchasing and Supply Chain, detailing the theft and eventually recovery of his beloved C3 Corvette.

Reuss responded right away and explained to Talley how it would be a privilege if GM could take Talley’s newly found Corvette and restore it for him, as a small thank you for his passion for General Motors over the years.

“I think you’ve got to give back,” says Reuss. “He’s been a customer of GM forever, he’s a veteran and those things are what make the country great. We owe a lot to these people and we ‘gotta give back.” 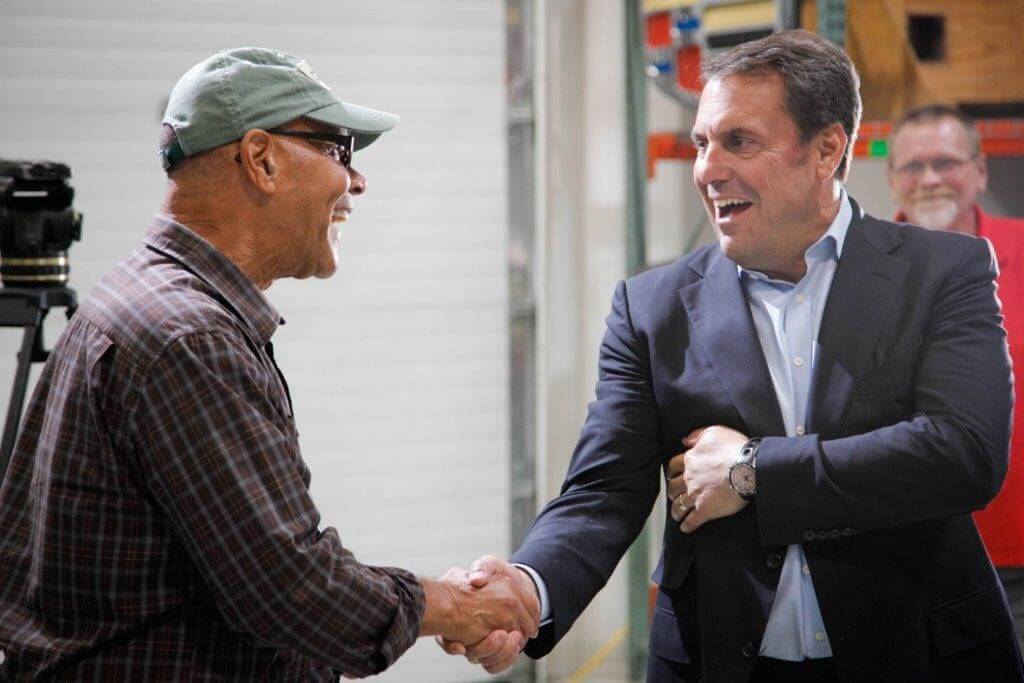 The restoration team replaced a lot of the rusty metal components on the car and resprayed the exterior in a stunning shade of metallic silver.

And Talley couldn’t be happier. “That was just amazing. I looked at it and it’s brand new. To have a brand new ‘79 car, it’s phenomenal. It’s hard to describe, but I’m happy.”

After 34-years apart, Talley and his now-restored Corvette are finally reunited once again.