Chevrolet
The fabled marque ranked as the fastest-growing pickup brand in Canada, with pickup sales up a remarkable 22 percent over last year thanks in part to the award-winning
Chevrolet Colorado. Meanwhile, the Chevrolet brand as a whole was up 3 percent over 2014. 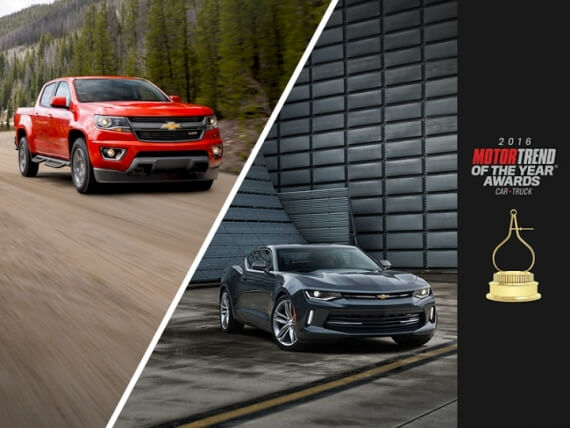 GMC
Chevy wasn’t the only brand that made waves in 2015. In fact, GMC finished the year up 13 percent- its best year of total deliveries on record (85,757 vehicles)!!! Plus, it was the best sales year ever for the hot-selling GMC Sierra
pickup truck!

Cadillac
GM’s luxury brand enjoyed its best overall sales year since 1979, and it’s best retail sales year on record with 12,249 deliveries driven by the hot-selling Escalade
(up 152 percent), SRX
(up 18 percent) and XTS (up 13 percent).

It’s clear Canadians are loving the current crop of GM vehicles. The question is…have you sampled the award-winning lineup of 2016 GM vehicles?