General Motors Canada is off to an absolutely smashing start in 2016!!!

Chevrolet, Cadillac, Buick and GMC dealers in the country delivered 14,395 vehicles in the month, posting an enormous increase of 24 percent over last January. Similarly, GM`s retail sales increased 21 percent during the month. 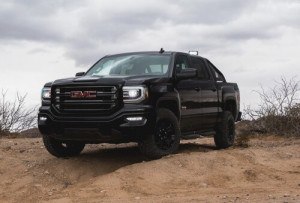 “2016 is off to a strong start for GM Canada, with record performances for our brands,” said john Roth, VP sales service and marketing GM Canada.

“We are excited to be riding this momentum into the Canadian International Auto Show, which kicks off a year of nine launches across our Chevrolet, Buick, GMC and Cadillac cars, trucks and crossovers,”

Cadillac
Continues to break new ground in the market with its best retail sales month in the brands history!!!

Sales up 45 percent for the month, marking sixth months of consecutive growth. driven by sales of ATS (up 115 percent!) & CTS (up 73 percent)

Chevrolet
Sales were up 24 percent for the month, with car sales increasing 18 percent, driven by the new Malibu (up 65 percent) & new Volt (up 34 percent)

Crossovers were up 16 percent (equinox up 13 percent)

Buick
Up three percent for the month, largely driven by Verano (up 20 percent)