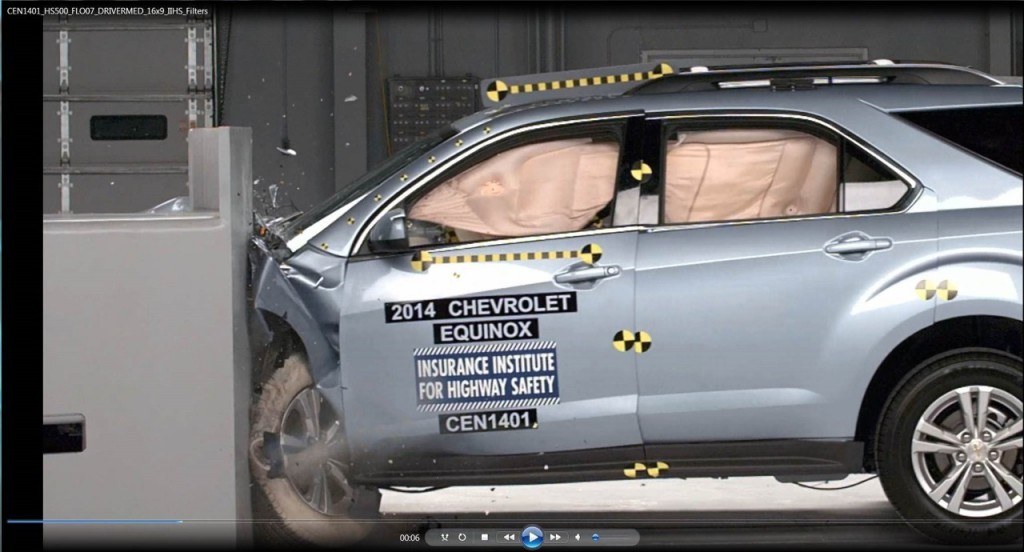 Equinox and Terrain were the only vehicles, out of nine midsize SUV’s tested, to receive the IIHS ‘Good’ rating in the small overlap front crash test.

With all of the features packed into today’s vehicles, like Bluetooth streaming and Text Message Alerts, it’s easy to forget our vehicles also need to keep us safe in the event of an accident.

And when it comes to the ever-growing compact SUV segment, no two vehicles will keep occupants safer than the 2014 Chevrolet Equinox
and 2014 GMC Terrain.

In fact, the Canadian-built Equinox and Terrain (with available Forward Collision Alert) earned the 2014 Top Safety Pick+ rating from the Insurance Institute for Highway Safety (IIHS) in the United States. The duo were the only midsize SUV’s, out of nine tested, to earn ‘Good’ ratings in the Institute’s small overlap front crash test.

The vehicles join the 2014 Malibu in earning the Institute’s coveted rating.

Forward Collision Alert (FCA) uses a camera to detect if a driver is at risk of hitting the vehicle ahead and warns the driver with audible and visual alerts. FCA comes included in an optional package that also includes other safety features like lane departure warning and vehicle park assist. The package is optional on Equinox 2LT and standard on LTZ, while GMC buyers will have the option on SLE-2 and SLT-1 models and will receive it standard on SLT-2 and Terrain Denali models.

Every Equinox and Terrain is also equipped with six standard air bags, including dual frontal air bags, head curtain side air bags and pelvic/thorax seat-mounted side air bags; as well as an available rear-vision camera that helps drivers identify objects behind the vehicle. 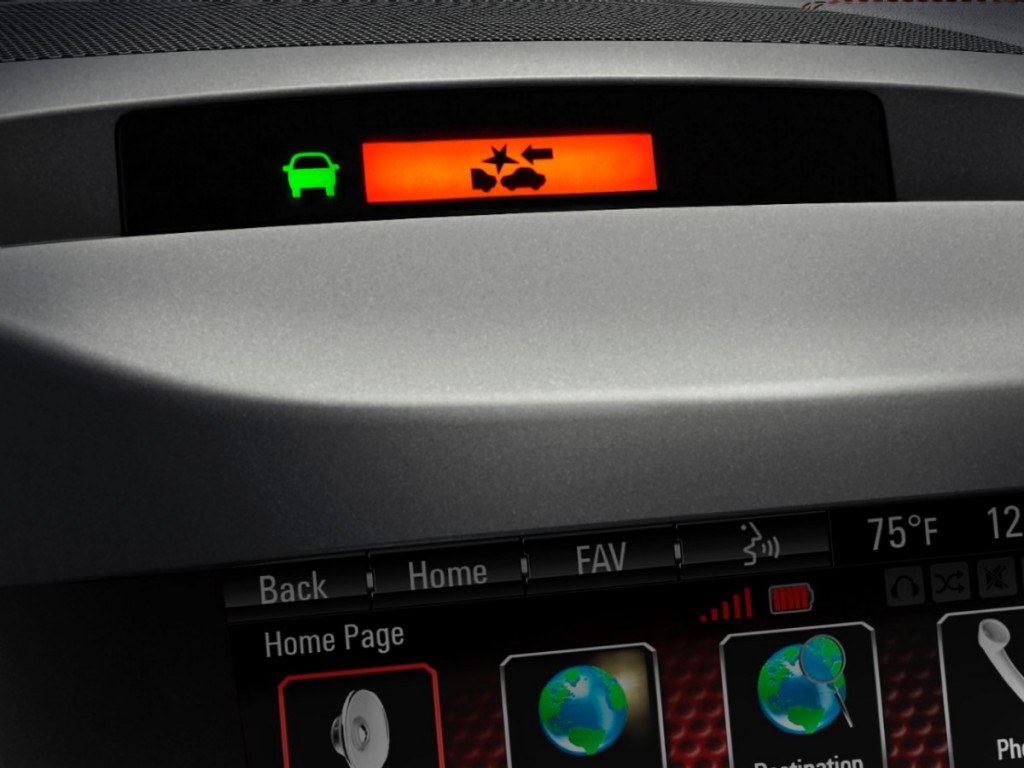 A forward collision alert and lane departure warning on the 2014 GMC Terrain Denali.