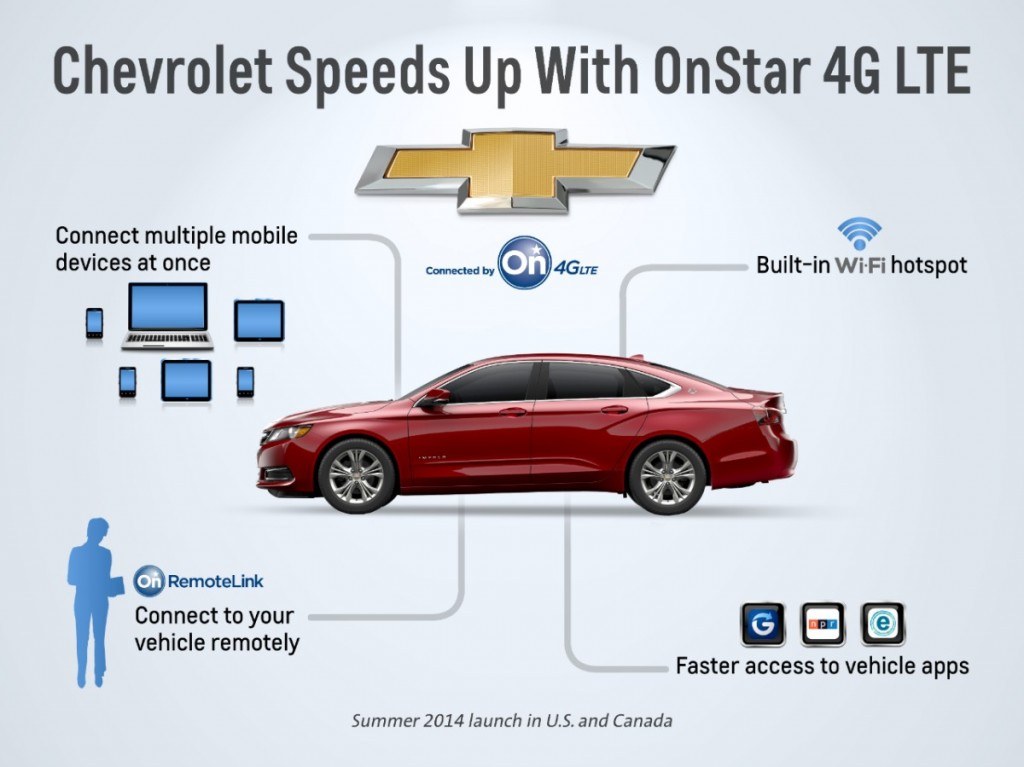 Chevrolet will introduce wifi hotspots into nearly every 2015 vehicle.

Starting this summer, Chevrolet vehicles will be some of the quickest vehicles on the road…with the the introduction of 4G LTE wifi hotspots!!

The 4G LTE rollout will bring a wifi hotspot to most Chevrolet vehicles, which allows passengers to to connect their personal devices, such as smartphones, laptops, and tablets, to high-speed wireless internet. The vehicle acts as a mobile hub, giving customers easier access to apps and services that require a high-speed cellular or data connection.

Now you can bring your laptop anywhere!!

Chevrolet revealed that the 2015 Corvette, Impala, Malibu, Volt and Trax will be the first vehicles to come optionally equipped with the all-new OnStar 4G LTE network. Soon after, Equinox, Silverado, Silverado HD, Spark, and Spark EV will follow.

In fact, the majority of 2015 Chevrolet vehicle lineup in the U.S. and Canada will have a 4G LTE connection built in at launch.

“Chevrolet is expected to deliver the broadest deployment of 4G LTE in the automotive industry,” said Alan Batey, senior vice president of Global Chevrolet. “This new purposeful technology will make our consumers lives easier to connect,” he said.

Additional pricing and data package will be announced later in 2014. All drivers can pay for data as a standalone option or, if you are an existing AT&T customer, simply tack it on to their existing bill.