Camaro Through the Ages: Five Generations of Iconic Style

Believe it or not, the fifth-generation Camaro is on its last legs. Introduced in 2010, the latest generation of the iconic muscle car is now in its last and final year of production.

But not to worry. The sixth-generation Camaro is already in the works and GM has stated that the new vehicle will abandon the Zeta platform, on which it is currently based, for the lighter, smaller Alpha platform found under the sheet metal of the high-performance Cadillac ATS-V and CTS-V vehicles.

Also, the vehicle will built at GM’s Lansing Grand River Assembly Plant in Lansing, MI. At this point, that’s all we know about the new Camaro. Some rumours suggest the vehicle could on sale later this year or in early 2016.

Before that day comes, however, we thought we would take a brief look back at the previous flock of Camaro’s and examine what made each of them great. Like the fifth-generation Camaro, there is a good chance some of these visual cues could end up on the yet-unseen new model… 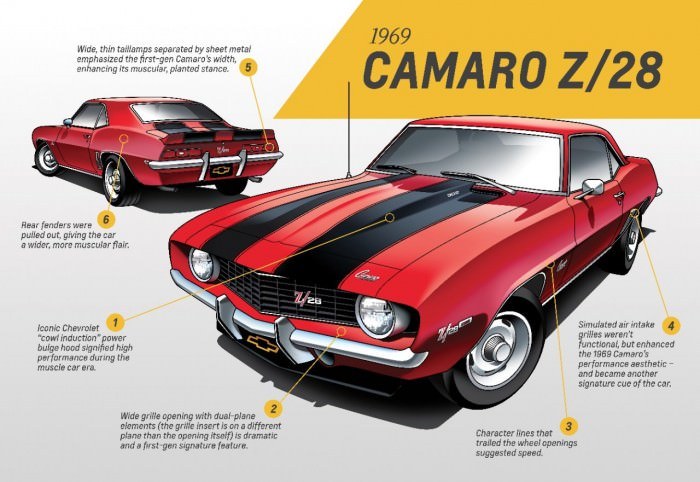 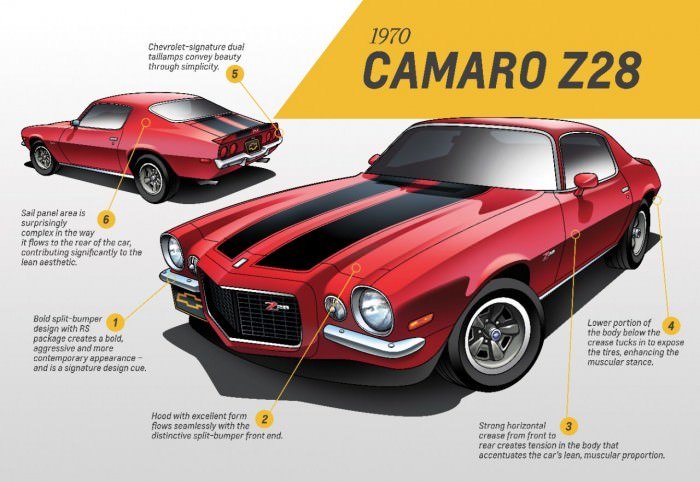 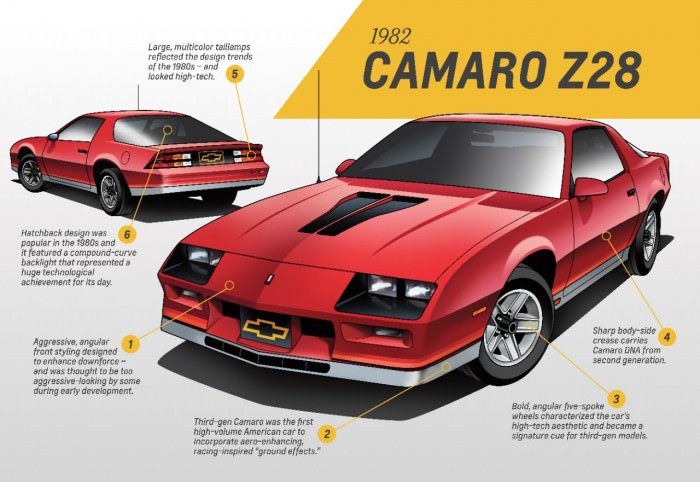 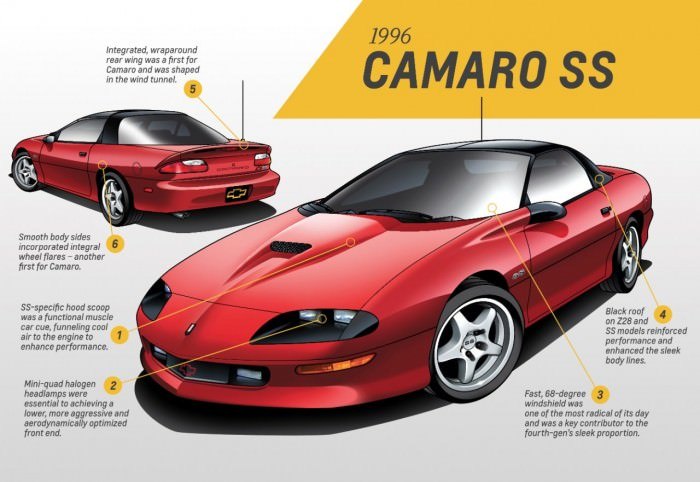 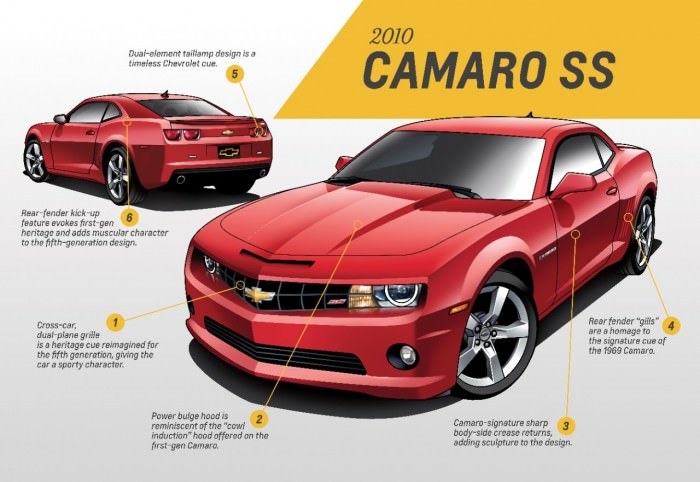 What are you hoping to see on the new Camaro? Let us know in the comments below!