Cadillac announced it will offer an optional Plug-In Hybrid Electric (PHEV) version of the new Cadillac CT6
, its upcoming range-topping sedan. This is big news as the CT6 will be the first Cadillac ever to offer a plug-in hybrid powertrain.

Unveiled at the Shanghai motor show earlier this week, the new CT6 hybrid is set to double the expected range of the conventional engines offered in the CT6
.

“The first-ever CT6 is a technological showcase throughout, making it an ideal platform for Cadillac to offer its first plug-in hybrid,” said Cadillac President Johan de Nysschen. “The advanced Plug-In Hybrid system is a key addition, providing a combination of exceptional fuel economy, crisp acceleration and strong electric-driving range.”

The CT6 Plug-In Hybrid system can provide all-electric driving for your commute, while maximizing fuel efficiency by seamlessly blending the engine with the battery when more power is needed.

Underneath the CT6’s lightweight structure
sits an 18.4 kWh lithium-ion battery, which is seamlessly integrated beneath the rear seat and the trunk. The battery system can be charged using a 120V or 240V charger and we expect range estimates to be provided closer to the launch of the CT6 PHEV. 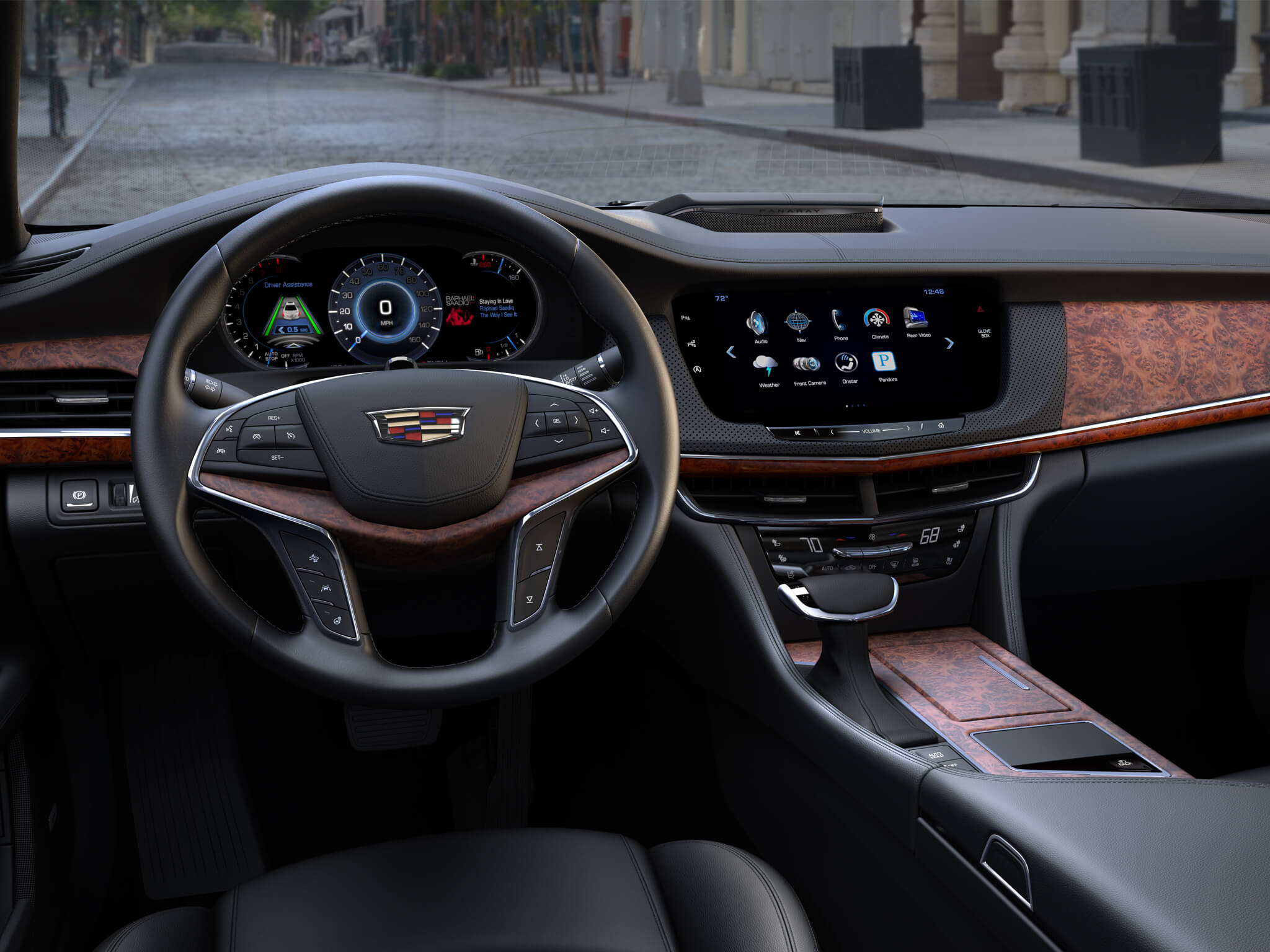 The battery is mated to 2.0L turbocharged 4-cylinder engine– the base engine in the conventional CT6– but power is way up thanks to the addition of the battery.

Combined total system power (battery+2.0L turbo) is a whopping 335 hp with 432 lb-ft of torque. Suffice to say, the CT6 PHEV is no slouch.

The CT6 PHEV also features regenerative braking (kinetic energy directed back into the battery pack) and Regen on Demand, which allows the driver to temporarily regenerate vehicle momentum on demand.

Say you are travelling down a hill for example. Drivers can merely flick one of the steering-wheel-mounted paddles to activate the Regen on Demand function, which, like regenerative braking, redirects energy that would otherwise be lost back into the battery pack.

It’s kind of like downshifting with a manual transmission, but instead of slowing the vehicle through engine braking the Regen function slows the vehicle in order to store more energy in the battery pack.

We’ll bring you more details on Cadillac’s first-ever hybrid model soon. In the meantime, you can find out more about the new Cadillac CT6 right here
.