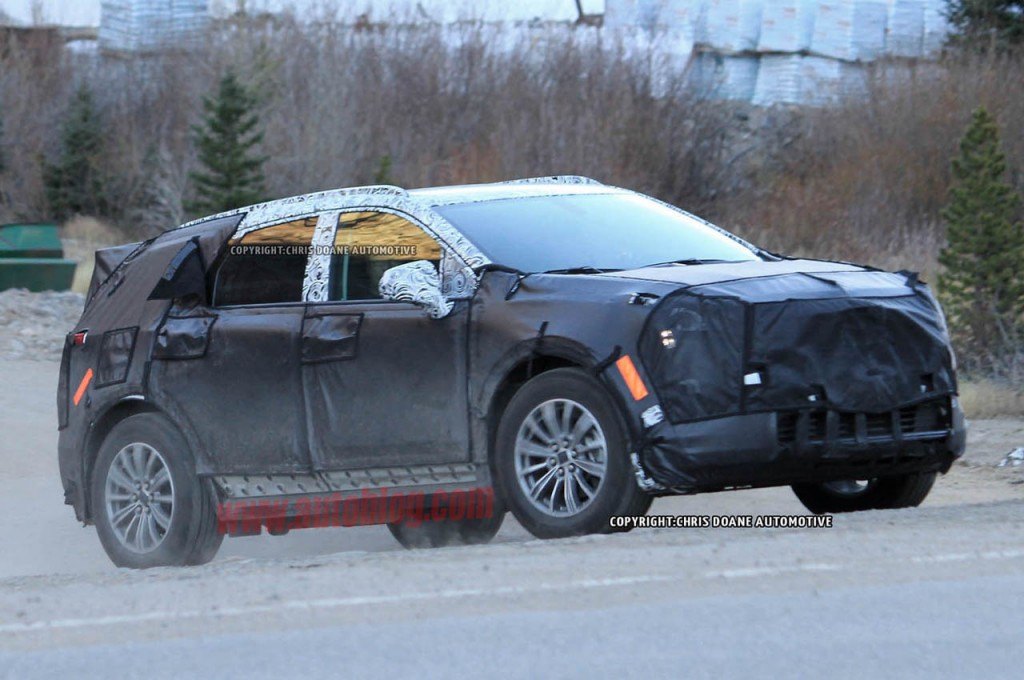 Will this SUV replace the Cadillac SRX?

It appears the replacement to the Cadillac SRX has been caught on camera for the very first time.

Rumours indicate the SRX-sized SUV– spotted here in heavy camouflage– might be named XT5, which would fall in line with Cadillac’s recently announced plan to change the way it names future products.

The SUV will based on GM’s new, scalable C1XX platform, a multi-use platform that is also rumoured to underpin the next GMC Acadia and a new Chevrolet crossover. if rumours are to be believed, C1XX will also be expanded to form the basis of the new Buick Enclave and Chevrolet Traverse. 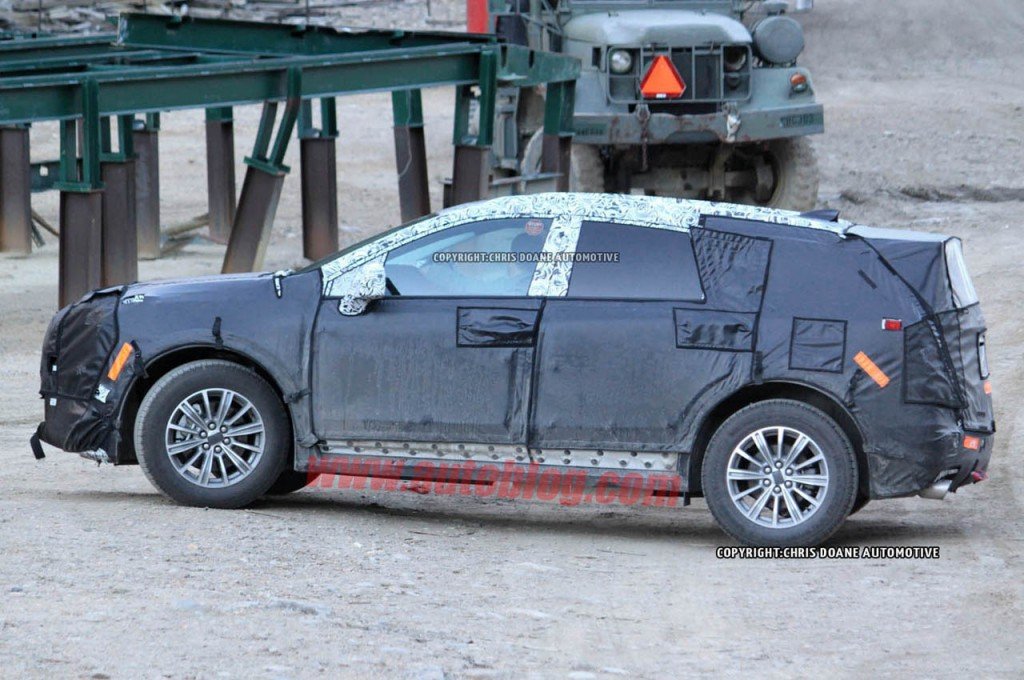 Both six-cylinder and four-cylinder engines are rumoured to be available, with power to be transmitted through a brand new nine-speed transmission.

Although camouflage obscures much of the new vehicle, it’s clear a brand new beast is taking shape within GM’s ranks.

By our calculations the all-new vehicle should by on the road by late 2015 or early 2016– we’re looking forward to finally seeing it on the road! 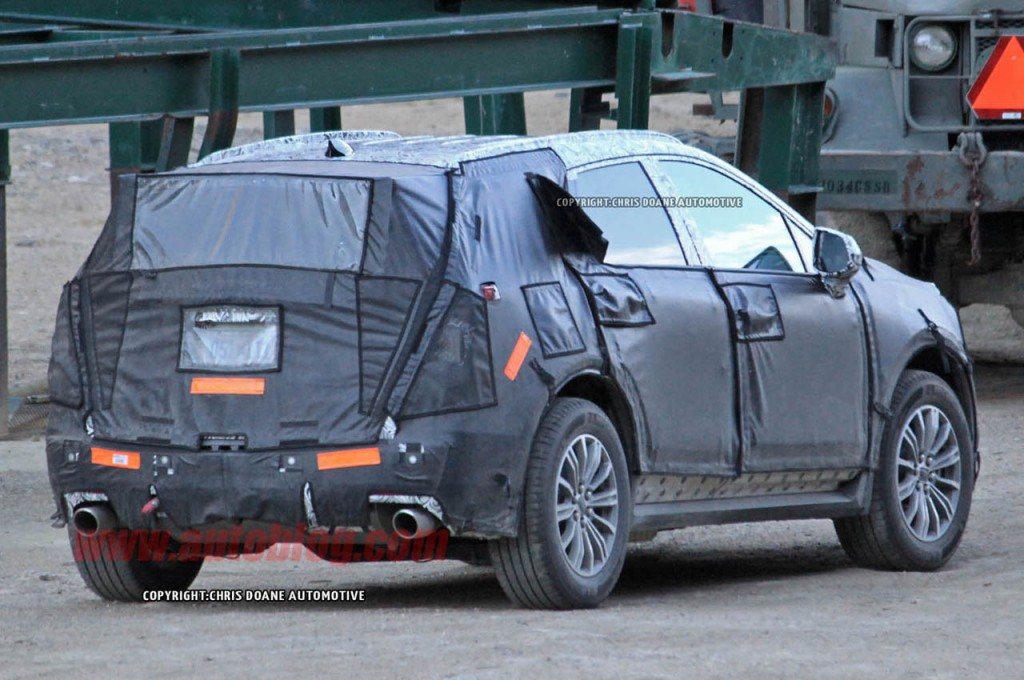