Cadillac has (finally) released official images of the all-new XT5 crossover, which will replace the SRX in the lineup.

The XT5 also marks the very first time Cadillac will use it’s new ‘XT’ nomenclature. From now on the brand will use ‘XT’ to denote its SUVs, while ‘CT’ will be used to denote its cars. Larger vehicles will get larger numbers– like the incoming Cadillac CT6
– while smaller vehicles will get, well…you know.
Up front, the new XT5 is set off by sharp new vertical headlamps and fog lamps and a well, while the brand’s recently redesigned wreath proudly sits on its sculpted horizontal grill.

Move to the back and the sharp-yet-chiseled look continues, with vertical taillamps and what appears to be a chrome strip just below the rear window. And how about those twin rectangular exhaust pipes!?

While we have yet to see it in person, it looks like Cadillac’s designers have absolutely knocked it out the park– the XT5 looks fantastic in our eyes.

The brand has yet to release any official specifications for it’s new vehicle, but we suspect it will be fitted with a V6. Reports also suggest a hybrid powertrain could be in the cards as well. 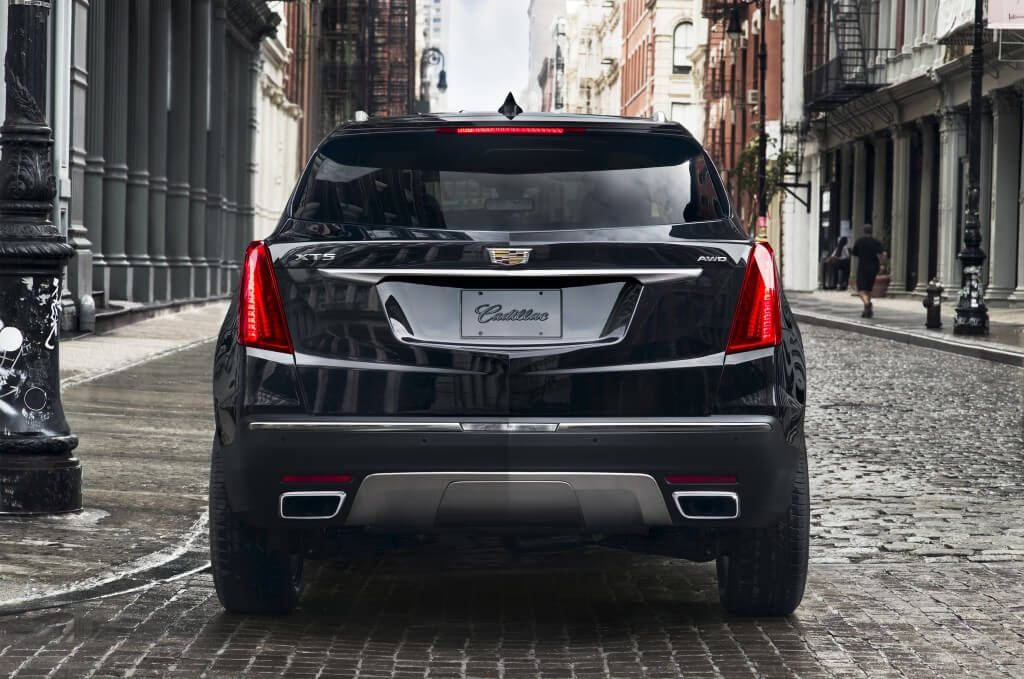 We’ll just have to sit tight and wait until the 2017 Cadillac XT5 is revealed to the world at the Dubai Motorshow in November.

What do you think of the Cadillac’s newest creation? We want to hear your thoughts in the comments below!