The new 2019 Camaro ss is here! Do you know all the changes Chevy’s made to it’s legendary muscle car?

FRONT END
Chevrolet has taken a scalpel to the front of the Camaro ss and reshaped it’s front end. The “mouth” of the grill extends the width of the car, the headlights also extend and feature an LED feature along the top of the grill and the hood extractor vent is now much smaller, as opposed to the two slits alongside the engine bay in the 2018.

Also, the bowtie is a Flowtie- the badge is now hollow, which allows for better cooling and ventilation to the engine bay. What do you think of the new front end? 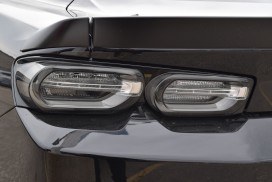 BACK END
You’ll also find changes to the rear lights. Rather than a rectangular shape the new lights feature two prominent rear bulbs, and the light housing curves around them. On SS models the light is a frosted-grey, while RS and LT models feature red lights.

Check out our video for the full scoop on the 2019 Camaro ss below!