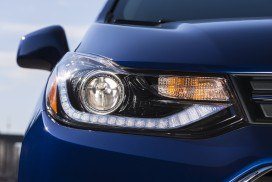 The new 2017 Chevrolet Trax is here and there are lots of changes both inside and out! Let’s have a look…

A NEW FACE
Up front you’ll find a fresher more modern looking Trax, with a host of upgrades that completely change the front. Chevrolet shrunk the grill while restyling and enlarging the headlights, giving it a fresh modern look.

All in all it’s a sharp new look! 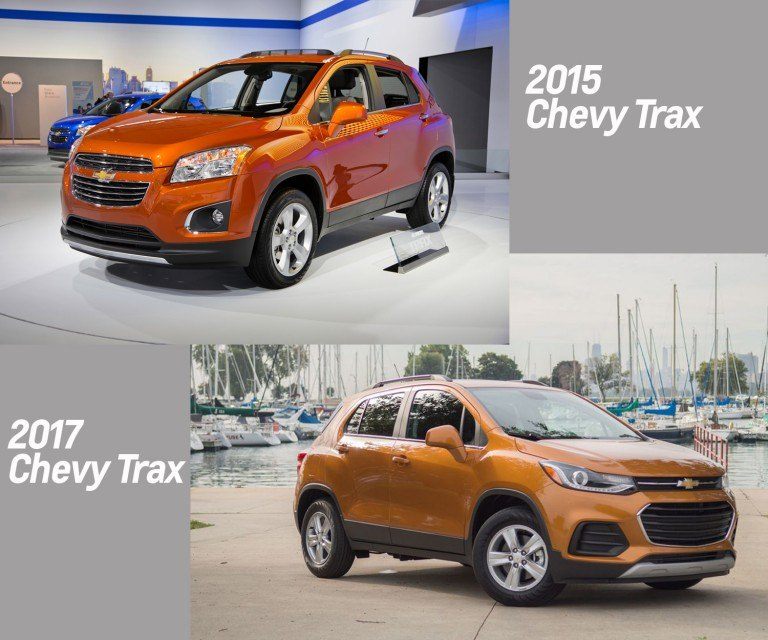 A PARTY OUT BACK
Chevrolet also took the knife to the back of the Trax, fitting it with a re-sculpted rear fascia and new tailllamps that feature LED signature lighting on Premiere models.

Step inside and you’ll notice the 2017 Chevrolet Trax’ new, standard 7-inch MyLink touchscreen infotainment system, which provides a much cleaner look and more modern feel. Plus, all models get the latest connectivy features thanks to standard technology like Apple CarPlay and Android Auto.

Both systems provide seamless phone integration that use your standard phone charging cable to project many of your favourite apps onto the touchscreen, where many of the features can be used via voice control using steering wheel mounted buttons or a Siri-esque home button. 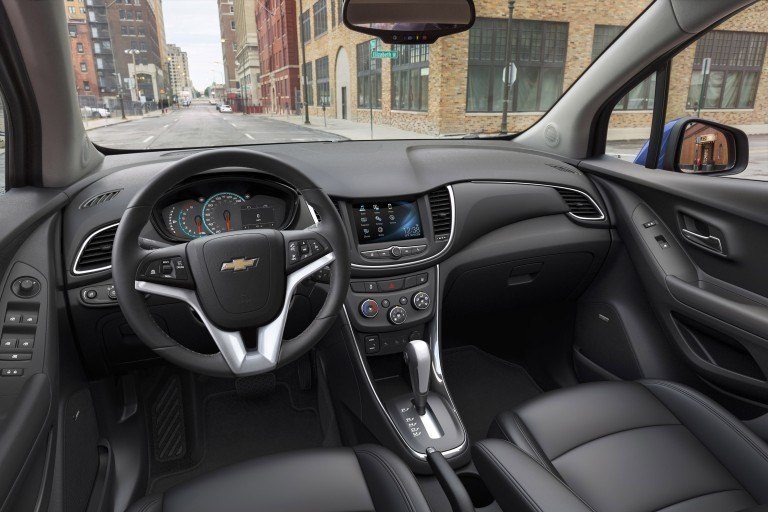 CONCLUSION
Chalk it up to the handsome new face, standard 7-inch Mylink touchscreen and rearview camera, revised interior or Apple CarPlay and Android Auto, but we’d be hard pressed not to call this the best Trax yet!

What do you think of the 2017 Chevrolet Trax? Do you like the new look? How do you think it compares? We want to hear from you in the comments below!