2016 Chevrolet Malibu – All You Wanted To Know!

The all-new 2016 Chevrolet Malibu is nearly upon us! It’s lighter, sleeker, faster, and more technologically advanced than ever and we expect it to arrive any day now. In the meantime, here’s all you wanted to know about the 2016 Malibu!

WHAT’S NEW
The big news? Malibu is entirely new both inside and out. In fact, the four-door, five-passenger vehicle now sits on a whole new platform (codenamed ‘E2XX’) that helps reduce overall weight by over 300 lbs
! That means better handling and gas mileage!

Plus, Malibu now offers a range of available engine choices, including:
– a brand-new 1.5L turbocharged four-cylinder (160 hp & 184 lb-ft of torque) mated to a six-speed automatic transmission
– a new 2.0L inline four-cylinder EcoTec engine (250 hp & 258 lb-ft og torque) mated to an eight-speed automatic transmission
– Plus, Malibu is now available with a 1.8L hybrid drive unit
borrowed from the award-winning Chevrolet Volt, which provides a total of 182 hp and offers a GM-estimated 4.9L/100km

In fact, Malibu can travel up to 88 km/h (50 mph) on electricity alone, before the 1.8L kicks-in to provide additional power. 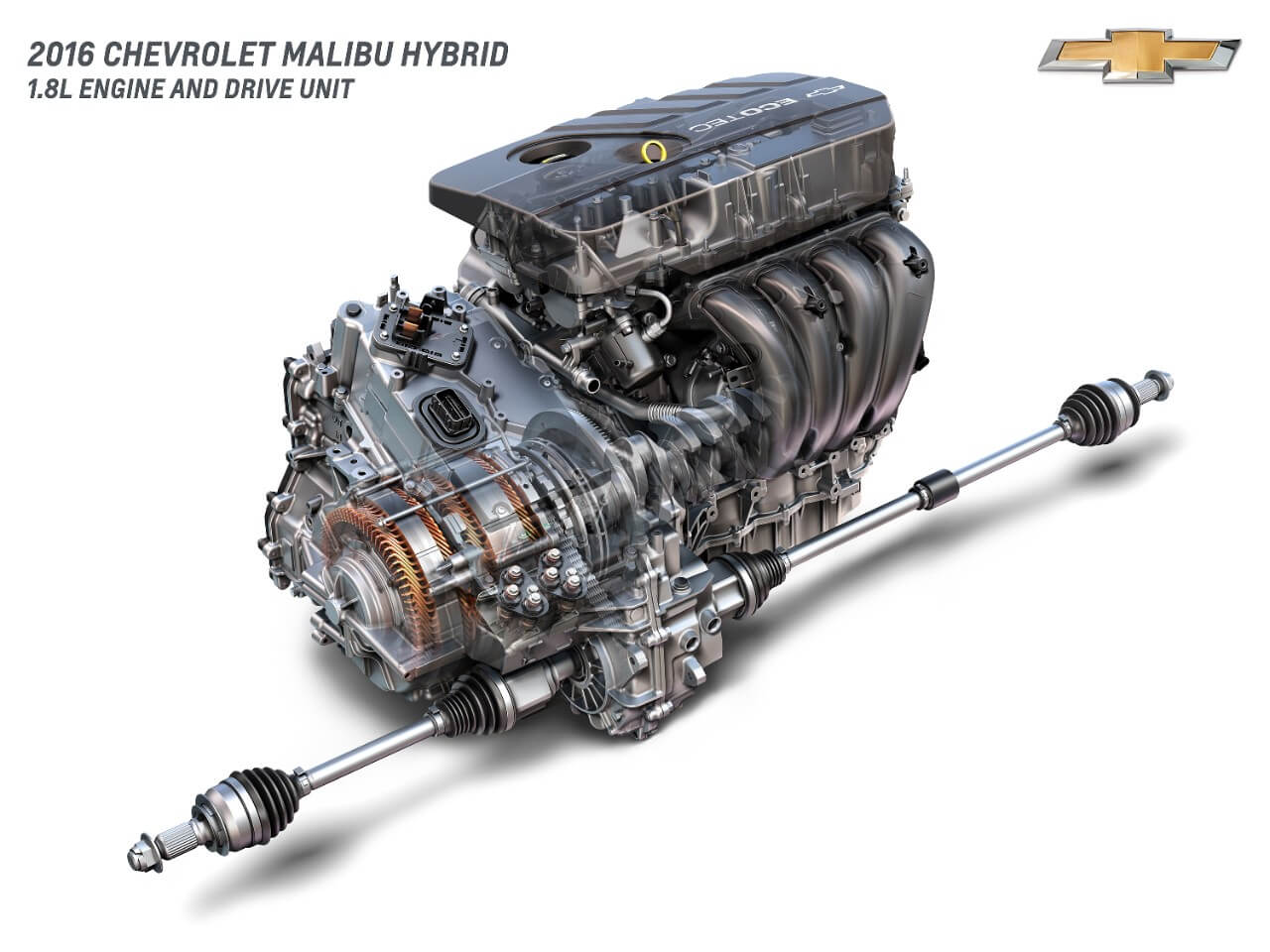 WHAT ABOUT INSIDE?
Malibu’s wheelbase has been stretched nearly four inches, adding more interior space and increasing rear legroom by 1.3 inches. Speaking of which, the Malibu sports a completely revised cabin with handy connectivity features like Apple CarPlay/Android Auto
and a 4G LTE in-car Wi-Fi hotspot.

It’s also safer than ever, too, thanks to 10 standard airbags and a host of available features like Rear Cross Traffic Alert, Automatic Parking Assist, Forward Collision Alert, Adaptive Cruise Control and more!

LOOK FOR THE 2016 CHEVROLET MALIBU AT WALLACE CHEVROLET
VERY SOON!